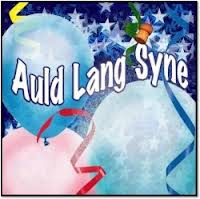 “Auld Lang Syne” is a Scots poem written by Robert Burns in 1788 and set to the tune of a traditional folk song.  It is well known in many countries, especially in the English-speaking world 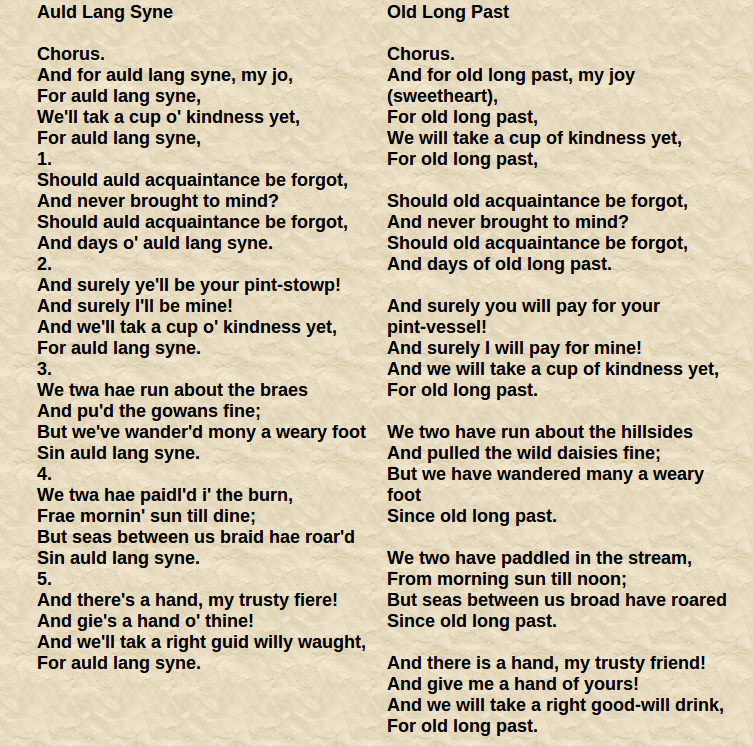 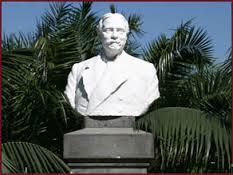 Luigi Denza born on 24 February 1846 in Castellemmare di Stabia, Italy. He studied music under Saverio Mercadante and Paolo Serrao at the Naples Conservatory.  After graduation, he began to compose opera music.  In 1884, he moved to London to pursue his career as a composer.  He was appointed Professor of singing at the Royal Academy of Music in 1898.  He died in London on 27 January 1922

“Funiculì, Funiculà” is a famous Neapolitan song written by Italian journalist Peppino Turco and set to music by Italian composer Luigi Denza in 1880. It was composed to commemorate the opening of the first funicular cable car on Mount Vesuvius. 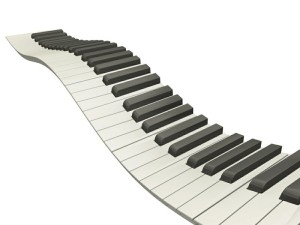 “La Paloma” is a popular song, having been produced and reinterpreted in diverse cultures, settings, arrangements, and recordings over the last 140 years. The song was composed and written by the Spanish composer of the Basq region Sebastián Iradier (later Yradier) after he visited Cuba in 1861. Iradier may have composed “La Paloma” around 1863, just two years before he died in Spain in obscurity, never to learn how popular his song would become. 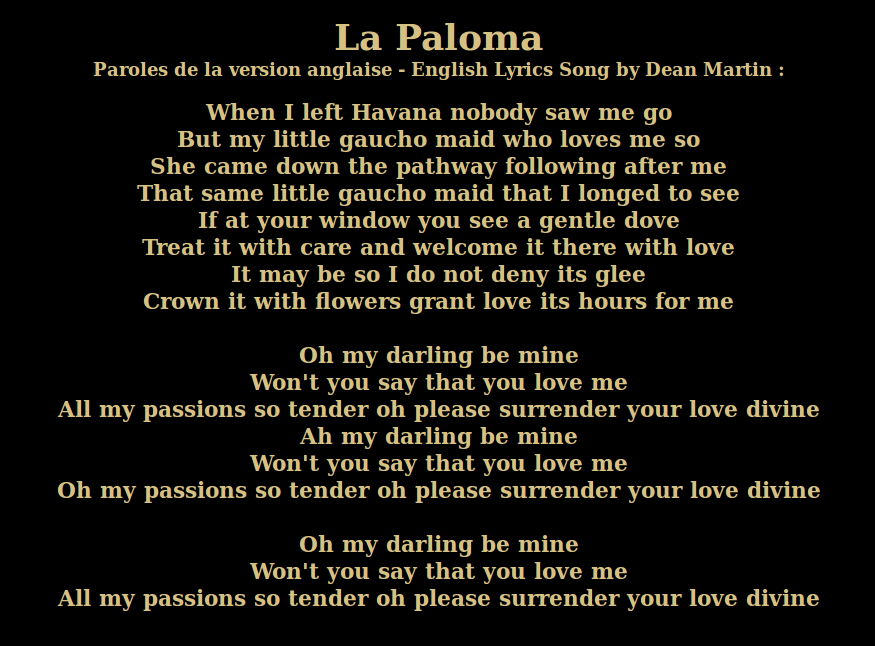 “O sole mio” is a globally known Neapolitan song written in 1898. Its lyrics were written by Giovanni Capurro and the melody was composed by Eduardo di Capua. There are other versions of “’O sole mio” but it is usually sung in the original Neapolitan language. ’O sole mio is the Neapolitan equivalent of standard Italian Il sole mio and translates literally as “my sunshine”. 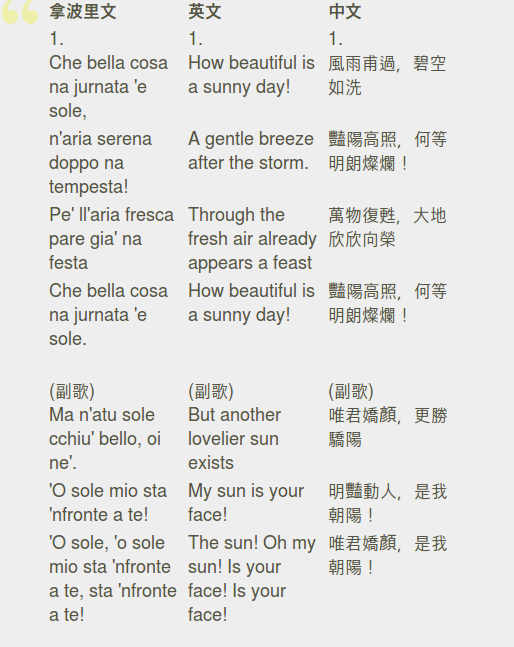 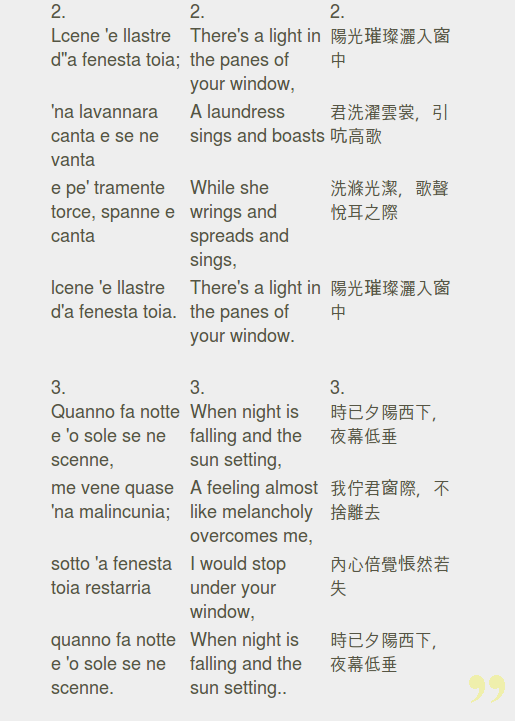