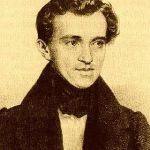 Johann Strauss I (March 14, 1804 – September 25, 1849) was an Austrian Romantic composer. He was famous for his waltzes. His most famous piece is the Radetzky March.

Radetzky March, Op. 228, is a march composed by him, dedicated to the Field Marshal Joseph Radetzky von Radetz and soon became quite popular among regimented marching soldiers.