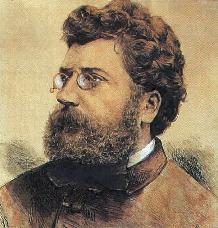 Georges Bizet (25 October 1838 – 3 June 1875), formally Alexandre César Léopold Bizet, was a French composer, mainly of operas.  In a career cut short by his early death, he achieved few successes before his final work, Carmen, became one of the most popular and frequently performed works in the entire opera repertory.

The incidental music to Alphonse Daudet’s play L’Arlésienne (The Girl from Arles) was composed by Georges Bizet for the first performance of the play on 1 October 1872 at the Vaudeville Theatre (now known as the Paramount Theatre).

The menuet, which is not from L’Arlésienne, but from Bizet’s 1866 opera The Fair Maid of Perth, features solos by harp, flute, and, later, saxophone (this replacing the vocal parts of the original);  it is the most subdued and emotional movement.  The finale, the farandole, incorporates the theme of the March of the Kings once again.  This is an expanded combination of numbers 22–24 of the original incidental music, in which the farandole appears first on its own.  It is afterwards briefly combined with the march. 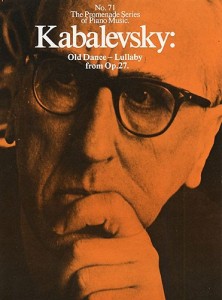 He helped to set up the Union of Soviet Composers in Moscow and remained one of its leading figures. He was a prolific composer of piano music and chamber music; many of his piano works have been performed by Vladimir Horowitz.  He is probably best known in the West for the “Comedians’ Galop” from The Comedians Suite, Op. 26 and his second piano concerto.
…. 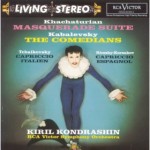 is an orchestral suite of ten numbers by Dmitry Kabalevsky. It is one of his best known and best-loved works.
In particular, the “Comedians’ Galop” (No. 2) is the single most famous piece of music he ever wrote.  It has the same recognition factor as an easily accessible work by a Soviet composer as the “Sabre Dance” from Aram Khachaturian’s ballet Gayane (1942).